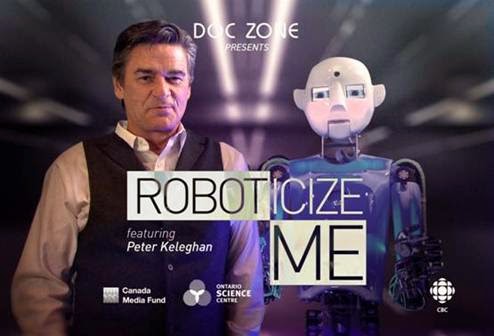 ROBOTICIZE ME – probably the first documentary ever co-hosted by a robot – is a fascinating documentary that explores the brave new world of human-robot relationships. Co-hosted by actor Peter Keleghan with his android sidekick RoboThespianTM, the documentary visits the epicentre of all things robotic – Japan – as well as a Robot Film Festival in San Francisco and MIT in Boston.
This event includes a panel discussion hosted by CBC Spark’s Nora Young and featuring leading experts in robotics, neuroscience and artificial intelligence, including actor Peter Keleghan, Dr. David Harris Smith (McMaster University), Dr. Frauke Zeller (Ryerson University) and Dr. Francis Jeanson (Ontario Brain Institute).

This event is suitable for ages 12 and up. Tickets, which are available here beginning January 13,  are ‘give-what-you-can’ and all proceeds from this event will support the Ontario Science Centre’s Adopt-A-Class Program, which provides unforgettable Science Centre experiences and science education to students from schools in underserved neighbourhoods – all at no cost to the school or family.  Suggested donation is $10 per ticket.

Watch the Roboticize Me trailer now!
Posted by The Complete Family

The Early Years: Creating A Culture Of Literacy

By Dale Ho How do we create that culture of literacy? I believe it takes a village; The community, the school and home all working to... 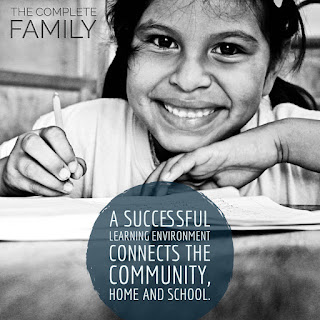